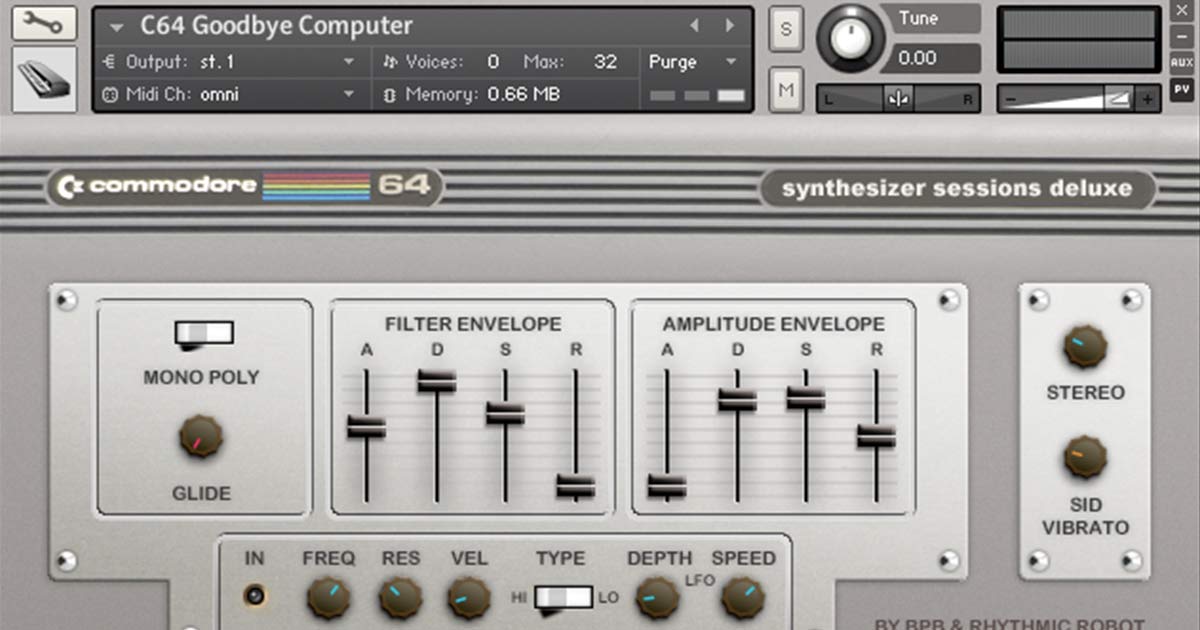 The majority of the sounds in the sample pack are completely new, but I’ve also included re-edited versions of some of the sounds from the previous two releases.

Many users of the first two packs asked for a custom Kontakt interface with on-screen controls. So, I decided to ask Rhythmic Robot to join the project since these guys are the masters of turning vintage instruments into Kontakt sample libraries. Thankfully, they said yes and created a brilliant custom interface for Commodore 64 Synthesizer Sessions DELUXE!

In order to make the library accessible to virtually everyone, I’ve included SFZ andZampler patches for all 30 instruments. All patches (including the Kontakt ones) are designed to alter the original sounds as little as possible, so that the original character of the SID chip is preserved as much as possible.

People also asked for classic video game sounds, so there’s plenty of blips and blops in C64 Synthesizer Sessions DELUXE. You’ll also find a complete Commodore 64 drum kit (which contains re-edited and refurbished sounds from one of my first sample packs) as well as some classic synth sounds which were recreated using the SID chip.

The sounds were designed from scratch using the fantastic MSSIAH cartridge and recorded directly to my M-Audio Delta 1010LT audio interface. There’s no EQ or noise reduction here, everything you hear in the pack is 100% genuine SID chip output.

The Sound Of Tomorrowland Electro Edition